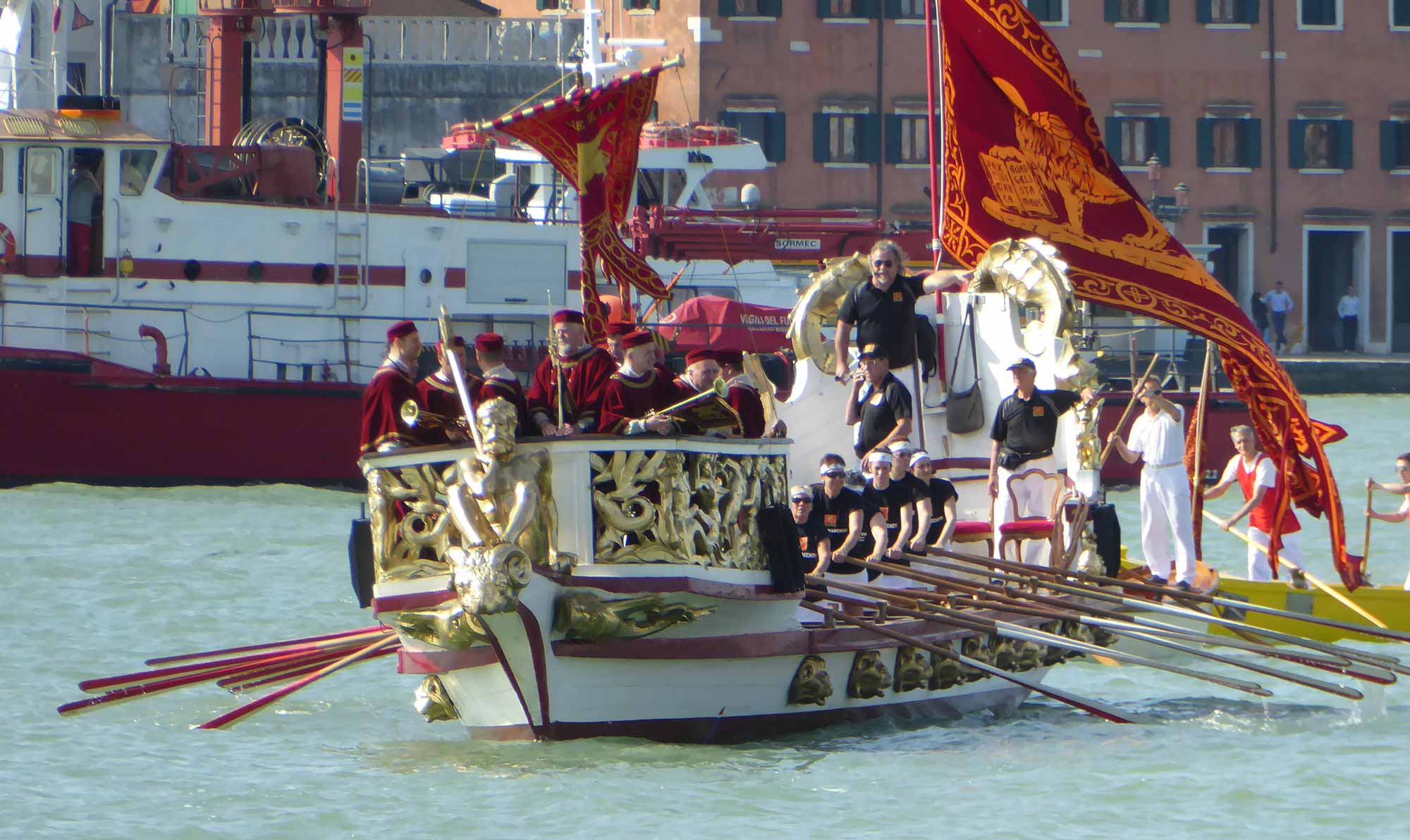 The Festa de la Sensa is held each year to celebrate the marriage of Venice to the Sea. It was first celebrated on 9 May 1000 when the Doge Pietro II Orseolo conquered Dalmatia (parts of which are now known as Croatia) The second was in 1177 when The Doge Sebastiano Ziani, Pope Alexander II and the Holy Roman emperor, Frederick Barbarossa entered into the Treaty of Venice. The Pope took a ring from his finger asked the Doge to throw it into the sea, Each year, the Doge dropped a ring into the sea inscribed in Latin "We wed thee, sea, as a sign of true and everlasting domination." Thus declaring Venice and the sea to be one.
It is held on the closest Sunday to Ascension. This year, that is 24 May 2020 in the midst of the COVID19 pandemic.

An elaborate boat, representing the Bucintoro, but far from the elegance and grandeur of the original, is rowed to the Island of Lido  where the mayor of Venice performs the same ritual and a wreath of green is dropped into the sea.
The Bucintoro is a replica as after the fall of the Venetian Republic on January 9, 1798, French soldiers cut the decorations of the boat into small pieces and took them across to the island of San Giorgio Maggiore and set fire to them to retrieve the gold.
The ceremony of May 2020 was held in a much smaller version with just the mayor and the patriarch of Venice and of course the rowers. It was held despite the ongoing virus concerns, reminding us all that Venice has endured: at least 2 plagues, assault from the other city-states of Italy, being conquered by Napoleon (albeit not a shot was fired - thank you Doge Manin). It survived under the rule of the Hapsburg's, survived World War I and II, and its traditions continue.
Venice will endure.
Information
Browse By Category
Top Sellers
New Releases