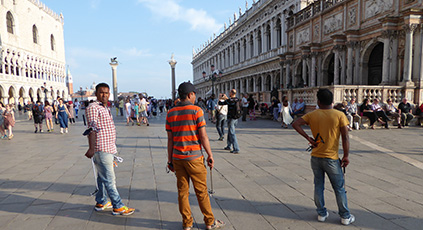 Venice has battled the plague more than once in it's history. Arriving on the boats in the harbor of Venice, the merchants brought disease which killed large numbers of the population. Today's plague and pestilence is a different kind, the abusive, illegal vendors who badger the tourist selling bags, selfi sticks, toys and feed for the pigeons of San Marco. (It is illegal to feed the pigeons. And as you might guess, it's illegal to buy the fake Gucci, Prada or other purses. Read our BlogVenice
Information
Browse By Category
Top Sellers
New Releases