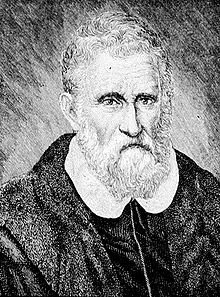 If you are lucky enough to be in Venice the last couple of weeks, there are 5 areas of the city which are temporarily returned to the 1300s. It is for a TV film “Marco Polo” produced by the Weinstein Company. Stuntman Ju Kun was scheduled to work the show alongside fight choreographer Brett Chan, but he was on board Malaysia Airlines Flight MH370.

All the actors are dressed in period costume to tell the story of the most famous Venetian traveler, merchant and explorer:  Marco Polo and the story of his early days at the court of Kubla Khan. Remember that Marco Polo left Venice and did not return for 24 years. Talk about packing for a trip!

He travels are documented in "Livres des merveilles du monde", when he returned to Venice in 1269, he found Venice at war with Genoa and was imprisoned. He dictated his stories to a fellow inmate in the prison. He was released from the prison in 1299 and became a wealthy merchant. He died in 1324 and is buried in the church of San Lorenzo. 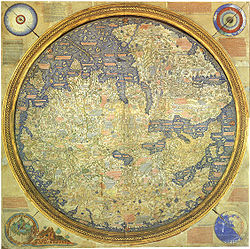 His travels lead to the introduction of the Fra Mauro map. The Fra Mauro Map was made in 1450 by the Italian monk. It was a circular planisphere drawn on parchment. It was discovered in the monastery of St. Michael and is now in the Muse Correr. (Today there is a a street in Murano by this name where several of my friends live.)

If this sounds like the stuff of fairy tales, you are right.

It includes hundreds of extras dressed in period costumes as well. The locations are near Campo Widmann, Campiello Quierini, Punta della Dogana and Fondamenta de la Misericordia and finally near Campo San Francesco de la Vigna. They are also filming inside the Palazzo Rota Ivancich.

The Palazzo Rota Ivancich was constructed in the 16th Century, designed by Jacopo Sansovini (1486-1570). So clearly it was not around for Marco Polo.

It won’t be strictly period, as there are not many images of what Venice looked like, surely it was austere as there were no lights, no running water, no vaporetto. And they were always in fear of invaders.

Even today Venice at night is dark and often we find tourist wandering (thankfully I do not think they have ever lost a tourist). But imagine it with the lighting of the 1300s.

In order to make the film, they had to do such things as:  hide fire hydrants, remove street signs, for there was no Vaporetto to catch and no trains, so no need for signs to the Ferrovia. Probably the most difficult challenge was  the lighting. It is fortunate that the building code in Venice does not allow for the modification to the exteriors and the buildings are preserved as they were in the late 1800s, however, to go back to the 1300s is well before the extraordinary riches which dominated the area in the 1600-1700s, the time when so many of the beautiful palazzo were constructed or remodeled by the wealthy families.

Also they will had to reroute the pedestrian traffic,  keep the vaporetti from steaming right through the scene and repositioning some boats normally docked in these areas.

The result, a Venice right out of history and our imaginations.

Note: We will let you know if the series will be shown. It is being produced for NetFlix, and should have filmed last year, but encountered difficulties. It was programmed for a 10 series and hopefully will air in late 2014. I can’t wait to see the scenery!

Regina
It is so interesting to hear of what changes must be made to make Venice like the 'past'. When I read about Venice, it seems it is already preserved in the past, but this makes it apparent not enough. Thank you for all the info on Venice, I enjoy reading about all the goings on. I would love to visit, but your information & articles help me see it. What a shame about Brett Chan, many good people were lost on that flight.
Information
Browse By Category
Top Sellers
New Releases